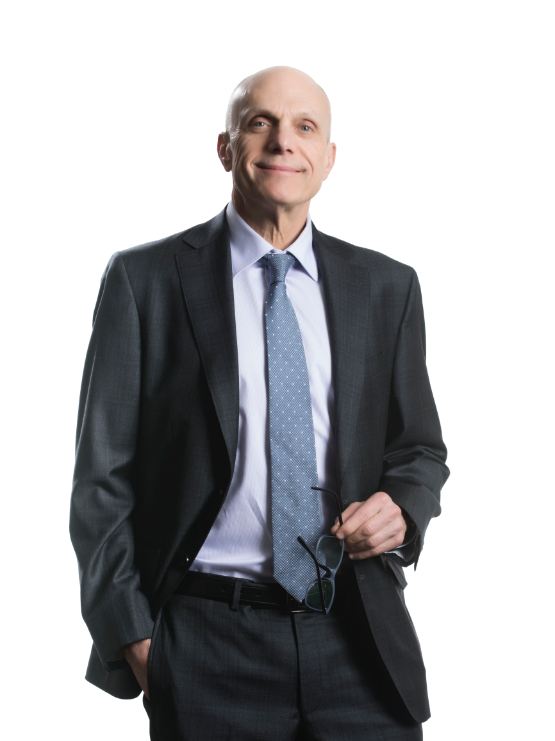 Michael was born in Toronto, Ontario, studied Philosophy at Western University (Honours Bachelor of Arts) and Queen’s University (Master of Arts). He obtained two law degrees – an LLB from Ludlow Hall, University of New Brunswick Law School (1989), and a Master of Laws in Corporate and Securities Law from Duke University Law School in Durham, North Carolina (1993).

Michael was a stockbroker on Toronto’s Bay Street, then moved to be a consultant for the Vancouver Stock Exchange and Securities Regulation Commission. Michael articled in a boutique securities firm in Vancouver before relocating to Nanaimo and setting up a practice in family law in 1994. Michael is an avid distance runner, paddleboarder, skier, cyclist and hiker.  He enjoys these sports with his family.

Michael is an active member of the Canadian Bar Association. He chaired Law Day, an annual public event showcasing the justice system to the community, for 13 years. Michael was also involved in the Dial-A-Lawyer programme, the Lawyer Referral Service, and served on the Awards and Recognition Committee.

Michael served on a number of Law Society of British Columbia committees including: Conduct Review Sub-Committee being on the list of council assisting in the complaint & discipline process; and helping lawyers who face regulation and professional conduct investigations.

Michael is actively involved in lawyer training. In the British Columbia Law Society’s Professional Legal Training Course, he has acted as a volunteer judge in the Moot Court for both chambers applications and trials; and in the Continuing Legal Education Department, he has prepared a panel on jurisdiction.  Michael has also been on the Judicial Advisory Committee to the Judicial Council where he was tasked with writing the reports on applicants to be appointed to the Provincial Court of British Columbia.

Michael was a guest lecturer in the Vancouver Island University Child and Youth Care Programme, where he participated as a Cross-Examiner in moot court to expose prospective social workers to the experience of giving evidence in trial in child sexual abuse cases. Michael has also lectured on family law at the VIU History department, and the Men’s Resource Centre. Michael also served for 3 years on the VIU Committee for Ethical Review & Research Involving Human Subjects.

While living in Toronto, Michael worked as a volunteer juvenile probation officer and received a Government of Ontario Award.

Michael spent 6 years on the Board of Directors of the Vancouver Island Symphony Orchestra, and remains an active supporter of the arts in Nanaimo.

For many years Michael was a supporter of the Nanaimo Diamonds Synchronized Swim Club, and Nanaimo Kennel Club.  His Irish Terrier Orion, is a grand champion.

Michael is the founding member of the Central Vancouver Island Jewish Community Society and an ongoing supporter of CVI Chabad.

Michael has written articles on custody and access issues and matrimonial agreements which were published in the National Post and The Lawyers Weekly, and was interviewed on CBC Radio concerning a unique custody case concerning exclusive occupancy of a matrimonial home

Michael also published a scholarly article in the Canadian Review of American Studies regarding consent to medical treatment, including end-of-life issues.

Need a lawyer you can trust?
Get in touch today
Learn More